On Thursday, December 15th 2016 at the Goods Shed in Claremont, a group of close to 80 people attended the official launch by the Premier of WA, the Honourable Colin Barnett, of Perth’s first Multi Age Precinct.  The function was hosted by PerthALIVE with the generous support of FORM, LandCorp, Amana Living and Blackburne.  Details of the MAP and the work that went into setting it up can be found in excerpts of PerthALIVE Chair’s speech and the explanation of MAPs provided below. 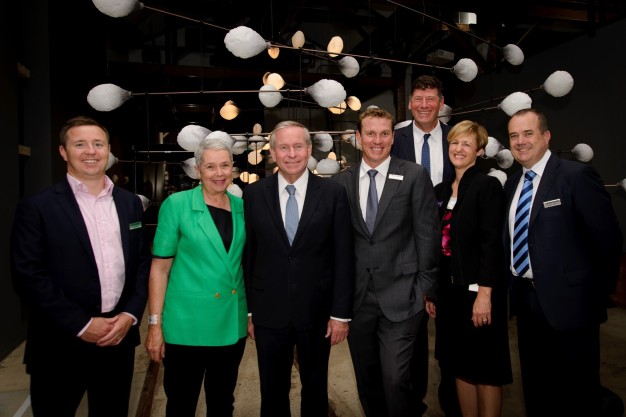 Welcome.   My name is Maxine Murray and I am the Chair of PerthALIVE

PerthALIVE is a volunteer community organisation advocating for Multi-Age Precincts or MAPs.   These are developments that accommodate and provide services to all generations to allow ‘whole of life’ living.  These precincts would preferably be on a major transport route, adjacent to already established urban or suburban town centres so that everything is within a five minute walk.  They need to be a fairly large precinct in order to make it a viable proposition for an on-site service provider

I want to briefly describe our journey.

This is a story about how all sectors can collaborate to achieve a desired outcome.  It is a story of how groups of people can come together and generate ideas to build on government policy development, in this case policies around urban infill, and then help bring them to fruition.

PerthALIVE held our first planning session in 2011 as a group of people who wanted more diversity in options for housing as we aged.

Right from the start we were very clear that we wanted to live in all age communities so we needed to encompass all demographic groups.  We formed a partnership with the group FuturePerth.  I want to acknowledge the great support and continuing contribution of FuturePerth and in particular their Vice Chair Dr John van Bockxmeer.  It was John who came up with the acronym MAPs

At this time we also had a meeting with Ross Holt, then CEO of LandCorp, the government’s land and development agency.  He listened to our ideas and said “go away and look at a range of LandCorp  developments and come back and tell us what you want.” This forced us to think carefully and formed the genesis of our defining what a MAP looked like.

LandCorp’s willingness to work hand-in-glove with community groups such as ourselves has recently been acknowledged in its win of both the Australasian and the International Organisation of the Year for 2016 from the International Association for Public Participation.

We congratulate LandCorp on its win and thank them for their ongoing support.

After we developed our initial ideas we met the Premier as our local member in 2012.   Premier you were very enthusiastic and supportive.  You commented that we were probably too late for the Claremont site as the Structure Plan was already in place and suggested we talk to Landcorp about possibilities on sites where plans were yet to be developed.   In that meeting you asked something of us but I will come to that later.

In 2012 we also formed an alliance with Amana Living.  We worked with them  on developing and refining the service provider concept.   A special thank you to Maria Davison from Amana.  Between us, we have identified a wide range of services that people of all ages and stages of life might need.  The provision of such services on-site is a key element of all MAPs – and we are delighted that Amana will be the on-site service provider in Perth’s first MAP.

As it turned out we were not too late for Claremont on the Park.  After a number of meetings, presentations to staff and other interactions with LandCorp, they included in their Expression of Interest for Stage Three of the Claremont on the Park Precinct a statement reflecting the broad principles underpinning MAPs.   They encouraged us to  approach the three shortlisted proponents to discuss our more detailed requirements for a MAP, especially the inclusion of a service provider.  We want to thank the many LandCorp staff we have worked with in the past five years and particularly Carl Williams, the Project Manager for Claremont on the Park.  The outcome we have achieved here is because agency staff such as Carl found new paths to turn ideas into operational realities.

We subsequently met with all three shortlisted proponents.  We were thrilled when Blackburne was announced as the successful proponent.  To Darren Cooper and Jarrad Sizer of Blackburne thank you for your enthusiastic embrace of the MAPs concept.   Blackburne have partnered with Amana Living to include the space for Amana as a service provider in the next stage of the Claremont on the Park precinct.

As I said, we set out to achieve a demonstration MAP – and here we are, in much less time than we  ever imagined – testament to what is possible when people from all sectors of our community with good ideas and good intent work together for the good of the community.

I should also point out that in addition to taking the Premier’s advice about talking to LandCorp, we also approached the Metropolitan Redevelopment Authority who have been equally positive and supportive.  The MRA is undertaking a research project looking at the viability of MAPs in MRA areas.

So what is next?

PerthALIVE sees the Claremont on the Park MAP as the first of what we hope are many MAPs across Perth.  In particular, we will advocate for MAPs with a strong affordability component to allow people from all walks of life to experience the many benefits of MAPs.

We now have documentation about two of the major aspects of a MAP – the design and planning elements that make up a MAP as well as the Service Provider model.   What we now want to do is work on the social sustainability aspect with a view ultimately to documenting guidelines for how this might be approached by others who wish to undertake something similar.

Now when we started PerthALIVE we did not know that Claremont on the Park would turn out to be our first demonstration MAP and that FORM would come to Claremont to establish an Arts HUB and to move their headquarters to the Station Masters House.   Sometimes things in the universe seem to line up.

We have developed a wonderful alliance with FORM and will be undertaking joint planning with FORM and others, especially we hope with the Town of Claremont who have been very supportive of our ideas to date, to make this first MAP a showcase on how to engage the community and develop vibrant spaces.  So thank you to Lynda Dorrington and the FORM team.

In introducing the Premier, Maxine said;

Premier, I mentioned earlier that in one of our early meetings you asked something of us.  You asked when would we “go public” and when would I go on talk back radio.   I replied “when we have something concrete we can refer to”.   So Premier here we are “going public” and we thank you for your support and for agreeing to launch this first MAP.

Colin Barnett, Member for Cottesloe since 1990, was elected Premier on 6 September 2008.   In addition to his role as Premier and our Local Member, he holds the Tourism and Science portfolios.  Please, may I introduce the Honourable Colin Barnett MLA, Premier of Western Australia.

What is a MAP?

The acronym MAPs  (Multi-Age Precincts) was first coined by PerthALIVE and Future Perth. It describes precincts with specific features that cater for people of all ages and stages of life.

Why do MAPs matter?

MAPs have many social, environmental and economic benefits including:

Where is Perth’s first MAP?

Perth’s first MAP is being constructed at Claremont on the Park around the Claremont football oval.

This is a project planned and overseen by LandCorp, the Western Australian Government’s land and development agency. When complete, Claremont on the Park will include over 750 homes for approximately 2,000 residents, as well as a vibrant mix of retail and commercial opportunities arranged around Claremont Oval. LandCorp’s master planned precinct incorporates a development by Blackburne featuring approximately 140 apartments, along with a supermarket, shops, café and a service provider (Amana Living) who will provide lifestyle and aged care services to precinct residents and nearby local communities. 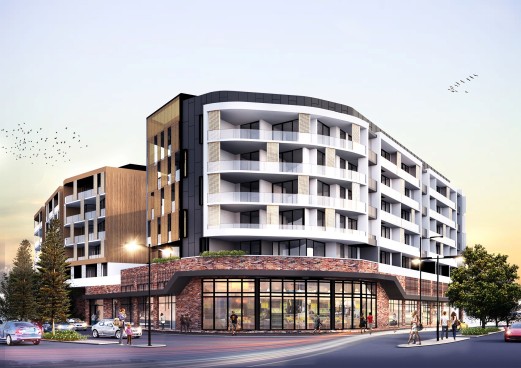 The Claremont on the Park MAP is in a perfect location, just 200metres from the centre of Claremont and 50 metres from the Claremont train station. It is adjacent to the new club rooms currently being developed by Claremont Football Club. It is also just over the road from the recently refurbished Goods Shed – a historic railway building repurposed by FORM and LandCorp into a space for exhibitions, installations, artist and thinker in residencies and community activities.

PerthALIVE is a not-for-profit organisation promoting developments that accommodate and provide services to people at all stages of life.

For the past five years, PerthALIVE has worked collaboratively with Future Perth, LandCorp, the Metropolitan Redevelopment Authority, FORM, various developers, local governments and a not-for-profit aged care provider to advocate for MAPs and secure a showcase development that highlights MAPs’ many benefits. Claremont on the Park will be that showcase development. With the wonderful support of LandCorp, Blackburne and Amana Living, Perth’s first MAP will soon be delivered.

PerthALIVE sees the Claremont on the Park MAP as the first of many MAPs across Perth. We will continue working collaboratively with state and local government agencies, developers and service providers to promote the MAP concept. In particular, we will advocate for MAPs with a strong affordability component to allow people from all walks of life to experience the many benefits of MAPs.

Closer to home, around the Claremont on the Park development, PerthALIVE will build on our partnership with FORM and work together with a wide range of stakeholders to explore ways to activate the precinct and build a strong sense of community.

For further information on MAPs and PerthALIVE, please see www.perthalive.com or contact us at Admin@perthalive.com.

PerthALIVE welcomes new members. If you would like to join us, please go to ‘Join us’ on the above website.

Multigenerational urban villages around the world