Boomers Lobby for a new way of Living

WA baby boomers who want to downsize but not move into a retirement home are lobbying for higher density housing to cater to the State’s ageing population. In the article, PerthALIVE chair Maxine Murray told the Weekend West “…it was about having more living options close to transport hubs and town centres that would house all ages but include special provision for older West Australians.”

The days of far-flung single –story retirement villages may be over, with high-density living accommodating various ages the best way forward, according to one urban design group.   PerthALIVE Chair, Maxine Murray, said, “proposed high-density precinct living would see retirees living alongside downsizers, first home buyers and young professional in tight knit communities. And they would ideally be close to established town centres, with existing amenities, including public transport. One of the strengths of the idea was that consideration would be given to the needs of each age group when plans were drawn up.” 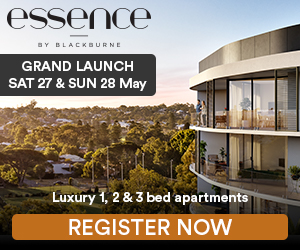 PerthALIVE worked with Blackburne Property Group on the design of their new ESSENCE apartments at Claremont on the Park, helping them to incorporate elements of our Multi Age Precinct concept.  The development was launched in May 2017.